A political campaign slogan is a short phrase that best identifies a candidate and their candidacy. It should capture a voter’s attention and address their concerns and issues. Campaign slogans should also be memorable and concise.

The best slogans in politics are both positive and suggest action. They should be easy for voters to remember, emphasize a message, and connect on an emotional level.

Easy to do, right?

It doesn’t matter if you are running for mayor, sheriff, school board, city council, county, town, state legislature, or even Congress. The slogan you choose should represent the essence of your message to voters.

But which one is right for you? Here are over 75 slogan examples to inspire anyone starting a run for office.

What makes a good campaign slogan?

Political slogans that are short and memorable work best. Forget weak and passive phrasing. Start by answering a few questions:

Once you know why and what you are running for, it’s just a matter of turning it into a single tagline. Modern candidates use a catchy tagline as part of their overall communication strategy.

Pro Tip: Use the same colors, fonts, and designs on all of your advertising material, including your political yard signs, brochures, palm cards, and your website and social media accounts. A consistent look helps create your overall brand. These popular slogans work for all types of elections. Many of them deal with promising results, improving the future, or making change. The examples listed below work well for local elections that involve a mayor, town board, county official, alderman, and city council races. They are also suitable for state representative candidates, governors, and even federal elections for the US Senate and House of Representatives.

Punctuation can change the meaning of text. There’s a big difference between using an exclamation point and a question mark. You can use a period to emphasize the statement.


Making a selection can be difficult. In fact, some politicians really have a really tough time choosing one. Political slogans are often displayed on brochures, buttons and signs.

Sheriff elections typically rely on reminding voters of their strength or personal character. They often reference community and are often used as taglines for yard signs and logos. Slogans for sheriff races:

Judges typically create slogans that emphasize their judicial temperament and personal integrity. (The same goes for district attorney candidates.) These races tend to be non-partisan, which is why a slogan for a judicial candidate tends to be more personal in nature. Judges don’t run on specific policies when reaching out to voters; that’s what the politicians do.

Slogans for School Board Races – What’s the Issue?

A school board election slogan usually involve a current issue effecting the district or the local board of education. In the end, it’s all about the children.

Here are some of our best: Is a Funny Campaign Slogan Worth The Risk?

Funny or humorous messaging will often get attention in politics. However, you run the risk of voters not taking you seriously. It’s also possible that someone could take a joke the wrong way and be insulted by your attempt at humor.

Some are good, some not so good… Perhaps an example from this list might work for a modern presidential campaign. Over time, some of them have been overused. You might not want to use them for yourself, even if they are famous.

Here is list of famous slogans of candidates for president: 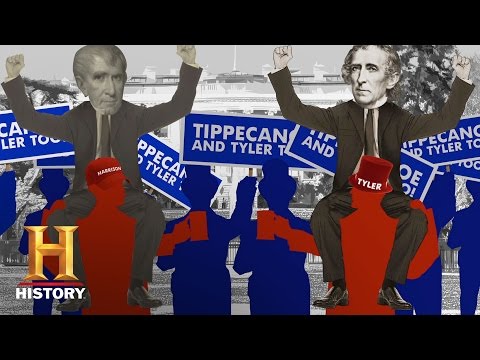 To recap, people appreciate a good slogan that is clever and witty. Keeping it short and succinct will make them more memorable.

If you are going to recycle from another candidate, you will by association take on the good and bad of that previous use. You might want to do a little research first.

There have been instances where a candidate has taken the messaging of a political opponent. In one race, the same tagline was used on promotional material by two candidates in a judicial primary. There was allegations of voter confusion, defamation and theft. Considering how much of a distraction plagiarism could become, it's better not to swipe material. And you should never adopt the messaging of your opposition. Nor should you use copyrighted material (visual or text). That will get you in trouble.

Don't borrow the messaging (visual or text) of your political opponents. We've seen it happen. It will just cause trouble. Click To Tweet

How to choose a political slogan

Found the right slogan? Great! Now use it on all of your election materials, from signs to mailers to your campaign website. It should remain consistent and endure throughout the season, right through Election Day.

Build your campaign website faster and easier with Online Candidate. Use our built-in tools and resources to improve your online presence. With four different packages and the ability to upgrade, which option is best for you?